Thank you, readers! Here are the main highlights from today’s trading session

- Sensex and Nifty Close In The Red But Off Lows

Indian shares ended mildly lower on Wednesday, after hitting record highs in two previous sessions, as major banking heavyweights including IndusInd Bank, SBI, and HDFC Bank fell during the day. Investors also turned cautious ahead of the signing of an initial trade deal.  US markets dipped overnight while broader Asian markets also slipped on Wednesday on concerns that the tariff dispute is not over. 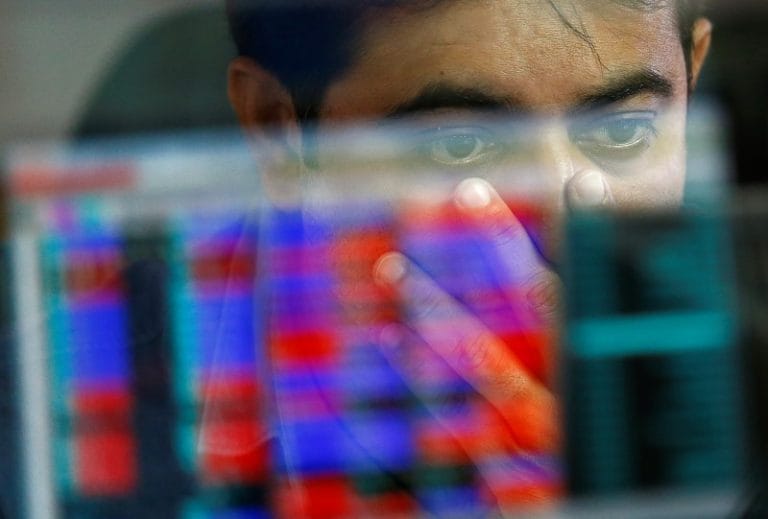 Trade negotiations to remain complicated between US and China, says Geoffrey Dennis The trade negotiations are extremely complicated between the US and China and issues still remain between the two countries, said emerging markets commentator Geoffrey Dennis on Wednesday, adding that it will take " a lot of work" to improve the situation. The US and China will finally sign the documents of Phase 1 of the trade deal on Wednesday after 18 months of economic combat. However, US Treasury Secretary Steven Mnuchin, ahead of the signing of the documents, said that the Trump administration would keep tariffs on Chinese goods in place until the second phase of the trade deal between the two countries is completed. “There is a lot of uncertainty still and one of the most important element is that it’s still going to retain tariffs around $360 billion of Chinese goods coming into the US. So it’s an agreement on increased US exports to China, it’s an agreement on China behaving better in terms of not forcing companies investing in China to divulge the technology,” said Dennis in an interview with CNBC-TV18. “I think there could be some market disappointment with this because this may not signal the end of the trade conflict,” he added. READ MORE
Share:

#JustIn | Yes Bank clarifies that the bank's overall Capital Adequacy Ratio is comfortably above regulatory requirements & all efforts are being made to financially strengthen the Bank even further pic.twitter.com/RmTn9PC2kE

In its BSE regulatory filing, the company said, " The company accordingly will issue 32,35,95,505 equity shares of face value of Rs. 5 per equity share at a price of Rs. 445 which implies a discount of 1.57 percent on the SEBI determined floor price of Rs. 452.09 per equity share. Post the QIP issue, the holding of promoter and promoter group will be 58.98 percent as against 62.70 percent."

Indian equities are in a final phase of consolidation, said Yes Securities in a report. The brokerage envisages two scenarios in 2020, first, where Nifty moves to its best‐case scenario of 12,915-13,000, with the rising possibility of a sudden and steep fall, or second, the rise in large caps decelerates this year and broader market participation picks up somewhat.

Need to see recovery in the economy before dipping in mid & smallcaps, says Avendus’ Andrew Holland

We are seeing some green shoots in terms of rural economy and therefore, all the small and midcap companies in terms of operational gearing in the slowing economy will start to reverse, said Andrew Holland, CEO of Avendus Capital Alternate Strategies in an interview to CNBCTV18.

“However, I think that’s it’s okay to dip down a bit in certain stocks which you feel would be beneficiaries of that or leaders in the sector, but to say all midcaps and small caps should do well from here is pushing a bit. So I would rather say little bit more evidence of recovery in the economy before dipping down into mid and small caps in a big way but certainly, that could be the flavor for the second half,” he added.

BSE Stocks Update: 19 out of 30 BSE stocks are trading in the red

IndusInd Bank, Infosys, HDFC, ICICI Bank, HDFC Bank and SBI remained few of the heavyweights that traded in the red. Meanwhile, Hero MotoCorp, Titan, M&M, Asian Paints and NTPC were the top losers of the index.

Nifty Indices Update: Nifty Realty was the best-performing index of the hour, up 1.17%

Out of 11 Nifty50 sectoral indices, 6 traded in the red while 5 were in the green. Nifty Private Bank remained the worst-performing index of the day, down 1.17 percent. 1. Indian equity benchmark indices extended losses in the early afternoon session on Wednesday due to the heavy selling in PSU banks.

The share price of Cox & Kings slipped 5 percent after Milind Ramesh Gandhi resigned from his position of Chief Financial Officer (CFO) of the company with effect from January 14 citing personal reasons.

Shares of IndusInd Bank limited declined as much as 4.5 percent in early trade on Wednesday on asset quality concerns, a day after the private sector lender released its third-quarter results.

Almost 34 lakh shares exchanged hands on NSE with at least three large block deals of up to Rs 9.04 crore reported on NSE in the trade so far today.

1. Indian equity benchmark indices held on to the losses in the last one hour on Wednesday after banks continued to slip.

#CNBCTV18Exclusive | Hoping for a moderate-to-no tax increase in the #Budget2020, Bhisham Wadhera of Godfrey Phillips tells us in an interview today pic.twitter.com/TQRhzZC10l

Expect merger to be completed in 6-7 months, says Sadbhav Infrastructure on CNBC-TV18

2. 8 SPVs to be transferred from Sadbhav Infrastructure to Indinfravit Trust

3. Received approval for transfer of 100 percent stake of 8 SPVs

4. Company expects to receive the stake sale proceeds by mid-February

7. The company received arbitration awards worth Rs 400 crore over the last few months

8. Expect more arbitration awards to come over next 3-4 months

9. Conciliation process in progress for Rs 200 crore worth of arbitration claims

10. Not expecting any more cancellations from orderbook

11. Expect approval for Ahmedabad ring project in next 1 month

12. Expect Sadbhav Infra-Engineering merger to be completed over next 6-7 months

The stock price of Wipro slipped over 3 percent intraday on Wednesday on weak Q3FY20 earnings.

The IT major registered a 3.8 percent sequential decline in consolidated profit at Rs 2,455.9 crore for the quarter ended December 2019. However, total revenue from operations grew 2.3 percent sequentially to Rs 15,470.5 crore.

Among top stocks of the day, Wipro reported a 2.17 percent fall in its consolidated net profit for Q3FY20, while MindTree posted a 3 percent rise in its net profit.

Among brokerages, Credit Suisse is 'neutral' on Wipro, while Citi and Macquarie are bullish on IndusInd Bank. Nomura slashed target price for Bandhan Bank to Rs 585 from Rs 625 earlier saying that the earnings were marginally weaker than what they had expected.

Click here to read the top brokerage calls for Wednesday.

US will keep tariffs on China goods through US election

CPI at 7.35%: What happens when RBI fails to meet inflation target? 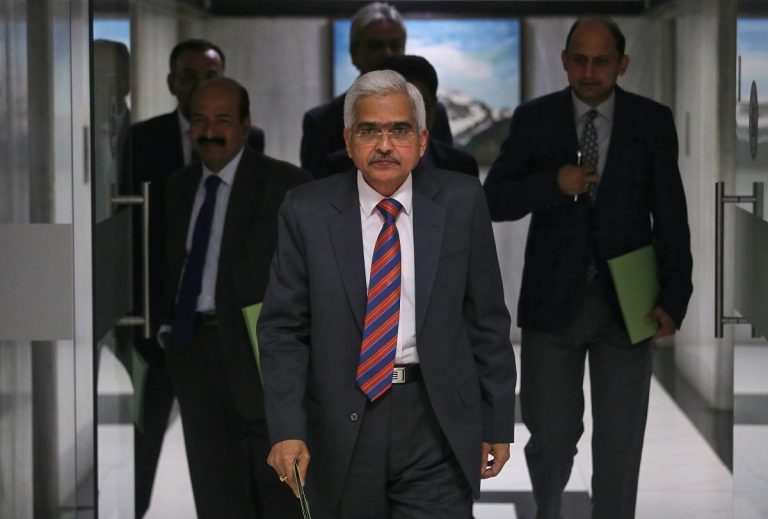 When the Reserve Bank of India fails to meet the inflation target, it will send a report to the central government stating reasons and the remedial actions that will be taken.Get latest Economy online at cnbctv18.com

Jeff Bezos arrives in India, pays tribute to 'someone who truly changed the world'

"Just landed in India and spent a beautiful afternoon paying my respects to someone who truly changed the world. 'Live as if you were to die tomorrow. Learn as if you were to live forever.' - Mahatma Gandhi," his tweet said.

Over three days, Bezos will review and plan Amazon's operations in the country.

Bezos is also due to meet Prime Minister Narendra Modi and other government officials as well as industry leaders such as Reliance Industries chairman Mukesh Ambani, according to people familiar with his itinerary.

CNBC-TV18's top stocks to watch out for on January 15

Indian benchmark indices BSE Sensex and NSE’s Nifty 50 are expected to open little changed on Wednesday as investors turned cautious ahead of the signing of a US-China trade deal and amid the Q3 corporate earnings season.

Wipro reported a 2.17 percent fall in its consolidated net profit for Q3FY20, while MindTree posted a 3 percent rise in its net profit.

Click here to read all the top stocks before the opening bell trade.

Here is what happened in the world while you were sleeping

Alright, let us prep you quickly with everything that you should know before the market opens. Indian benchmark indices BSE Sensex and NSE’s Nifty 50 are expected to open little changed on Wednesday as investors turned cautious ahead of the signing of a US-China trade deal and amid the Q3 corporate earnings season.

Asia: Asia Pacific markets traded mixed on Wednesday ahead of the US and China signing a phase one trade deal. Nikkei shares in Japan were down 0.23 percent after the first half-hour of trade while the Topix index fell 0.19 percent.

US: US stocks dipped on Tuesday, reversing earlier intraday record highs, following a report that the United States would likely maintain tariffs on Chinese goods until after November's presidential election. The Dow Jones Industrial Average ended up 0.11 percent at 28,939.67 points, while the S&P 500 lost 0.15 percent to 3,283.15.

To read more, check out this article.

First up, here is quick catchup of what happened in the markets on Tuesday Indian markets ended at a record close for the second straight session, following gains in Asian peers, led by gains in index heavyweights like HDFC, ITC, Axis Bank, and TCS. Major buying was seen in FMCG, metal, and IT sectors, while banks were in the red for the day.

Good morning, readers, a very happy Makar Sankranti and Pongal! This is Mousumi Paul. I am a sub-editor at CNBCTV18.com.

Welcome to our market blog, where we provide rolling live news coverage of the latest events in the stock market, business and economy. We will also get you instant reactions and guests from our stellar lineup of TV guests and in-house editors, researchers, and reporters.

If you are an investor, here is wishing you a great trading day. If you are in need of some inspiration, here is this great quote from Warren Buffett to get you started. Good luck!