Although the economic slowdown in India led to widespread anticipation that the real estate sector will be massively set back, realty consultant Knight Frank's half-yearly report on the Indian real estate market shows that the industry seems to have averted a sharp drop. The residential market in 2019, despite a weak economic outlook, saw a growth in sales of 1 percent, while office transactions hit a historic high of over 60 million square ft. Affordable homes also formed 48 percent of the total sales in the second half of 2019, compared to 55 percent in 2018.  Knight Frank says that moderating prices, government reforms and incentives supported demand for residential homes,  as sales remained stable and new launches increased. According to Gulam Zia, Executive Director, Knight Frank, the pace of new launches indicates that the liquidity situation in the real estate sector has improved, and NBFCs are lending to projects which, under the RERA, now have to mandatorily be constructed once their launch is announced. In the office market,  the industry saw a huge supply infusion this year, which,  coupled with pent-up demand led to all-time high transactions in the segment. New completions grew 56 percent, and transactions grew 23 percent this year,  as office leasing activity touched a historic high of 60.6 million square feet.  This growth story, however, didn't extend to rentals: The average weighted rentals per square ft per month dropped by 1 percent this year, falling into the negative territory for the first time. since 2015. Last year, the rentals had inched up by 10 percent. 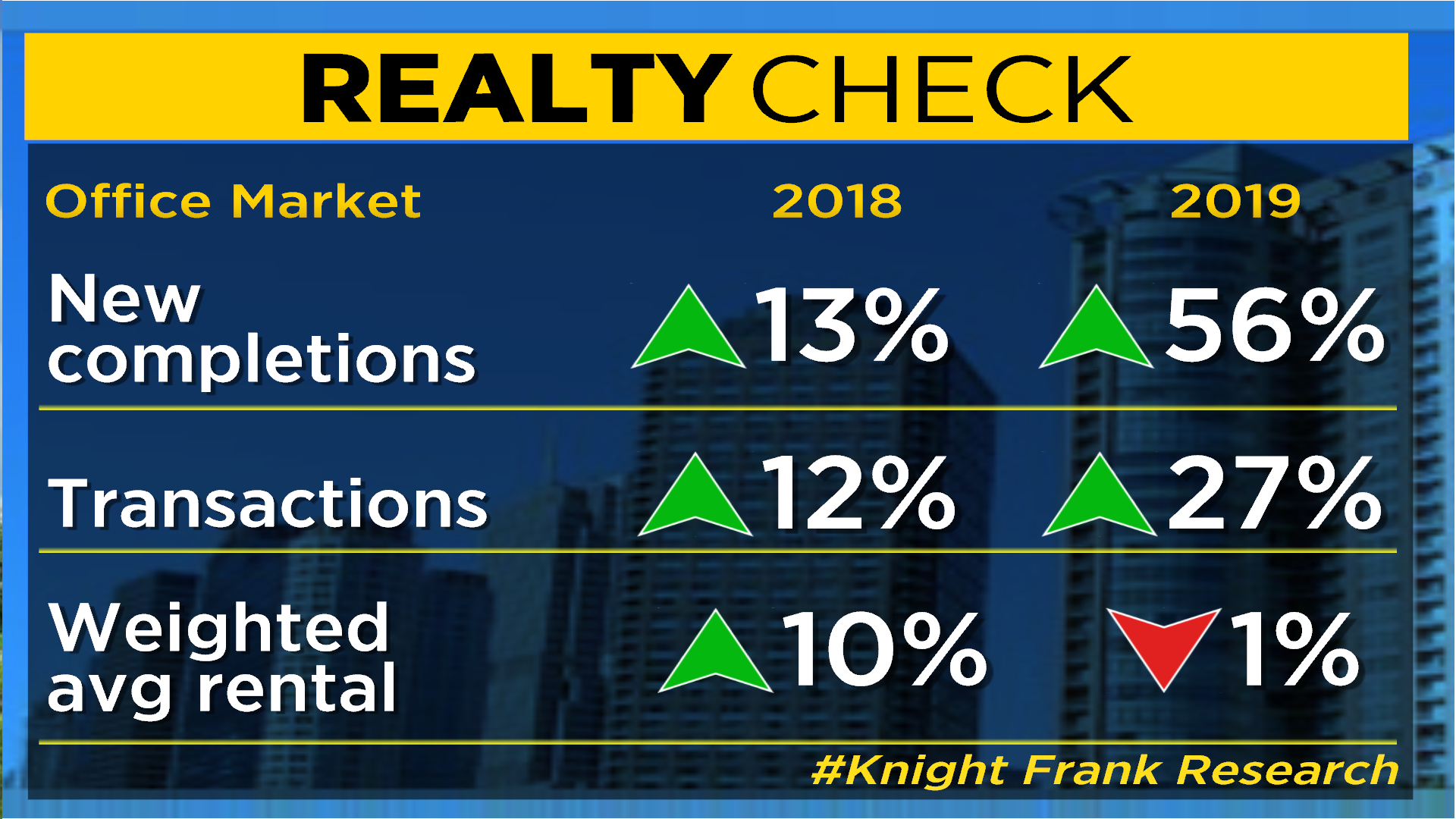 Transaction activity, sectorally, was led majorly by the  IT and IT Services sector. Out of the 8 markets that Knight Frank asses, Hyderabad toppled Bengaluru from its top spot in office absorption in H2 2019, and saw a growth of 375 percent in new launches, 181 percent incompletions, and 82 percent in transactions. All markets except the Mumbai Metropolitan Region and Pune saw positive growth in office supply.  Mumbai also saw the highest number of new home launches, followed by Pune and Bengaluru.